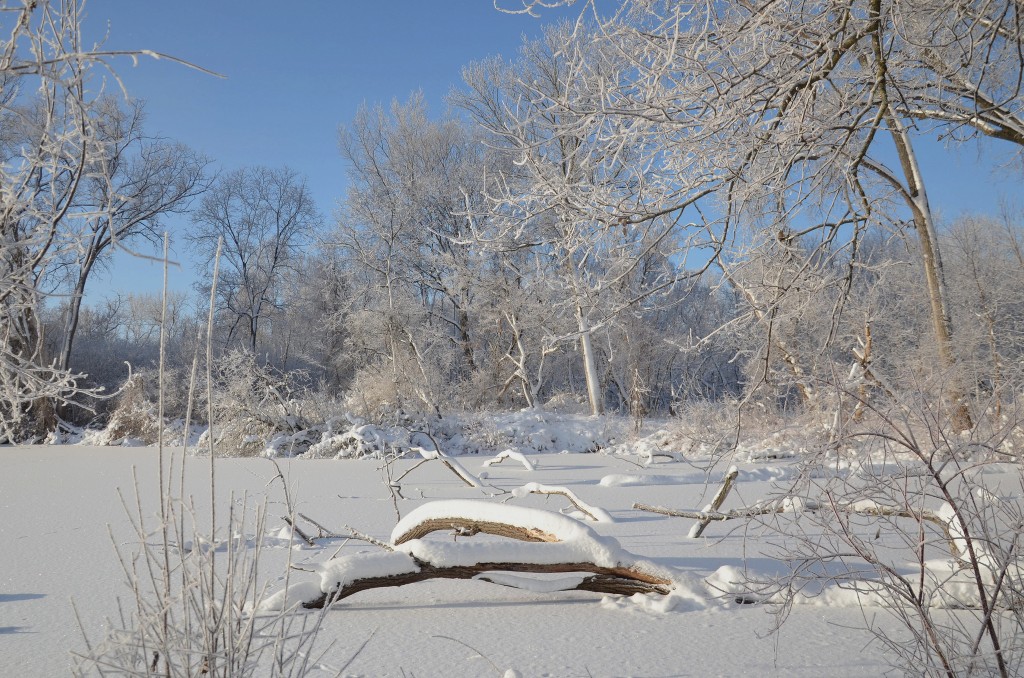 Anyone can walk on water, as long as it’s frozen. The real miracle is how the molecular structure of water makes life possible. The polar structure of water molecules allows them to stick together as a liquid over the wide range of temperatures common on our planet.   As the universal solvent for the other molecules within cells, liquid water makes the chemical reactions involved in living cells possible. When water freezes, these chemical reactions stop and ice crystals can damage cellular structures.

The structure of water also gives it a property unlike that of most other substances: water is less dense as a solid than as a liquid. This is the property that allows ice to float. When water in a lake cools, water molecules approaching the freezing point (0°C or 32°F) rise to the surface and form a sheet of ice. The denser, liquid water below the ice remains at 4°C (39°F). At that temperature, life is still possible; it just gets harder.

Algae, the simplest green organisms, can continue to photosynthesize at lower light levels under the ice. Like deciduous trees which prepare for winter by losing their leaves, most aquatic plants also die back and shed their photosynthetic surfaces. Their roots and growing points go dormant, essentially hibernating in the mud or liquid water under the ice. When ice melts with the warmer temperatures of spring, aquatic plants start growing again.

As the oxygen produced by photosynthesis decreases through the winter, metabolic processes of all organisms slow. Like the aquatic plants, many aquatic animals avoid the tough conditions by going dormant. Some aquatic invertebrates like mussels, clams, snails, and various insect larvae or pupae may settle into the mud and become inactive or dormant. Vertebrates like bullheads, carp, many turtles, and frogs do basically the same. Walleye, northern pike, and most panfish may be active after early ice when food and oxygen are still available, but they too slow down as winter proceeds.

Life for humans can seem tough in winter, but we don’t have to slow down and burrow in the mud. We can enjoy it by walking, skiing, skating, or fishing above the ice and then going home to a cup of warm cocoa.