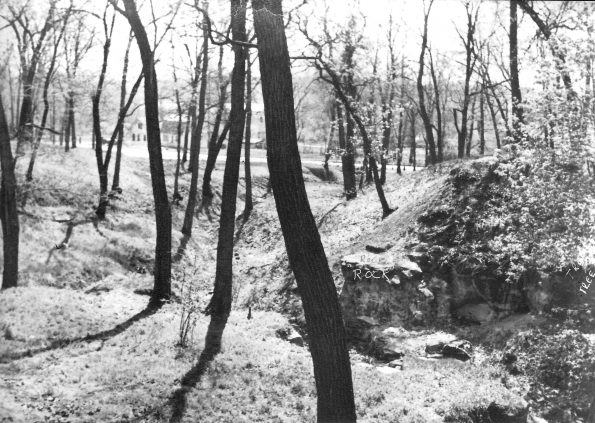 The beginning of the Madison Park System in 1931 grew out of the rich legacy of the “Park & Pleasure Drive Association” starting in the 1890’s by wealthy benefactors with notable names we recognize today as parks – Vilas, Tenney, Brittingham & Olbrich. Unless you live on the near west side of Madison you may not know about Glenwood Children’s Park. Its small size and being tucked into the steep forested terrain of the former quarry are ingredients for its charm as well as its obscurity. It is located immediately south of the SW Path west of Glenway Street & Glenway Golf Course. Glenwood’s environmental story of problems and assets is a direct function to its place in the Wingra Watershed. The Wingra Watershed is estimated to be 3,500 acres. Glenwood is about 3.5 acres – only .1% of the watershed – yet it functions as a significant upstream tributary.

Glenwood is rich with local history. Along the park’s north side, the Illinois Central Railroad – now the SW Bike Path – was incorporated in 1886 to construct a rail line between Chicago and Madison. A large storm culvert at the north end of Glenwood runs under the immense added grade of the rail line – it has a beautiful stone arch with a keystone chiseled date of 1887 or 1889. 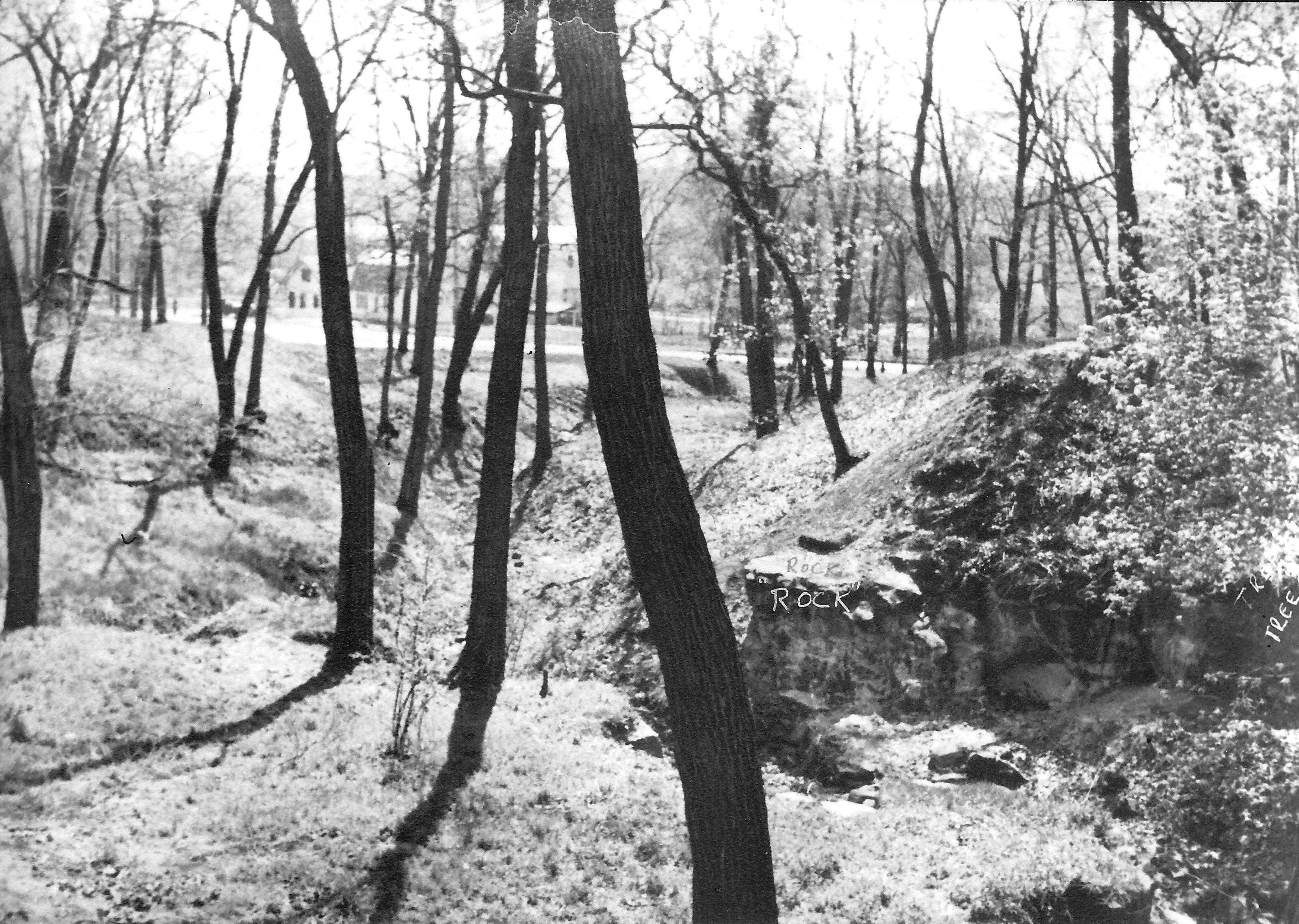 on Monroe Street where he built in 1853 what is now known as the Arbor House B&B. Easy access to the rail increased the opportunities for the quarry; unproven rumors exist that the first Wisconsin Capitol and two of the earliest buildings on Bascom Hill – North and South Halls – were constructed of stone from Glenwood. By the early 1900’s after the best building stone layer was exhausted, the quarry was abandoned and became an eroded ravine & local dump.

Around 1920-1925 Attorney Michael Olbrich- of the Park & Pleasure Drive Association – noted the derelict land at Glenwood for its park potential. He was survey­ing northwest of Lake Wingra’s wetlands along Monroe Street for the future UW Arboretum boundary. Presumably he noticed the watercourse coming down from the north and followed it from Monroe Street up to the abandoned quarry property.

Eventually this land was donated to the City as a future park in 1943 in the name of the children of the Gardner Baking Company UW Campus Landscape Architect William Longennecker -the first director of the Arboretum-per­suaded “the Dean of American Landscape Architects” Jens Jensen (1860-1951) to design what be­came the “Children’s Park” which was dedicated in 1949 when Jensen was 89 years old. Jensen’s vast contributions to America’s environmentalism are greatly over­looked. His concept for the park as a wild place for kids to explore nature was derived from his Danish Folk School upbringing and his work with Chicago reformer Jane Addams to provide playgrounds for the bleak industrial urban immi­grant neighborhoods.

Because of the Jensen historical legacy, in 1975 Glenwood was the first park in Madison to be hon­ored as a City Landmark due to efforts by Prof. Darrel Morrison of the UW Landscape Architecture Department. 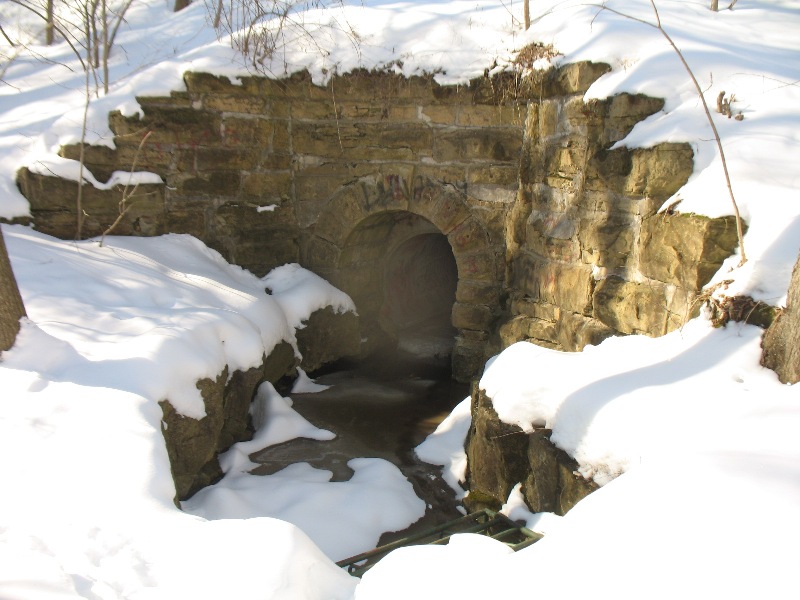 Before Madison expanded west and the huge earthen dam of railroad grade was constructed across its watercourse, this was likely a major drainage as some of the highest landforms in the city are north of Glenwood. Exposed stone outcroppings were probably evident from the natural runoff moving through the ravines which had formed – these attracted Mr. Paunack to quarry the site for building material.

1949 not only saw Glenwood’s dedication as a park, but also marked the advent of erosion problems that have continually plagued the park. The post-WW2 housing boom in Westmorland to the north drastically increased storm water runoff in Glenwood via the stone culvert under the RR grade. In 1948 City Engineer Mabbett warned that an area of 45 acres was being drained through the park at a peak flow of 50-60 cf/sec.

He recommended a reservoir be con­structed on the property that is now the MGE substation on Glen Drive.

As early as 1950 the first of two buried storm pipes and inlets were installed. By 1972 flooding to homes south of Glenwood was so severe that the second pipe, inlets and an impoundment berm were added. Peak storm surges exceed the carrying capacity of the buried pipes and create erosion havoc in the ravine.

Since 2012 the storm water system at Glenwood has been deteriorating at an accelerated rate. At the north of the park the walls and pipe system have failed where storm water surges out of the 1887 railroad culvert. This has caused severe erosion displacing hundreds of tons of sediment, carving serious gullies, clogging storm inlets, and toppling sandstone bedrock formations. 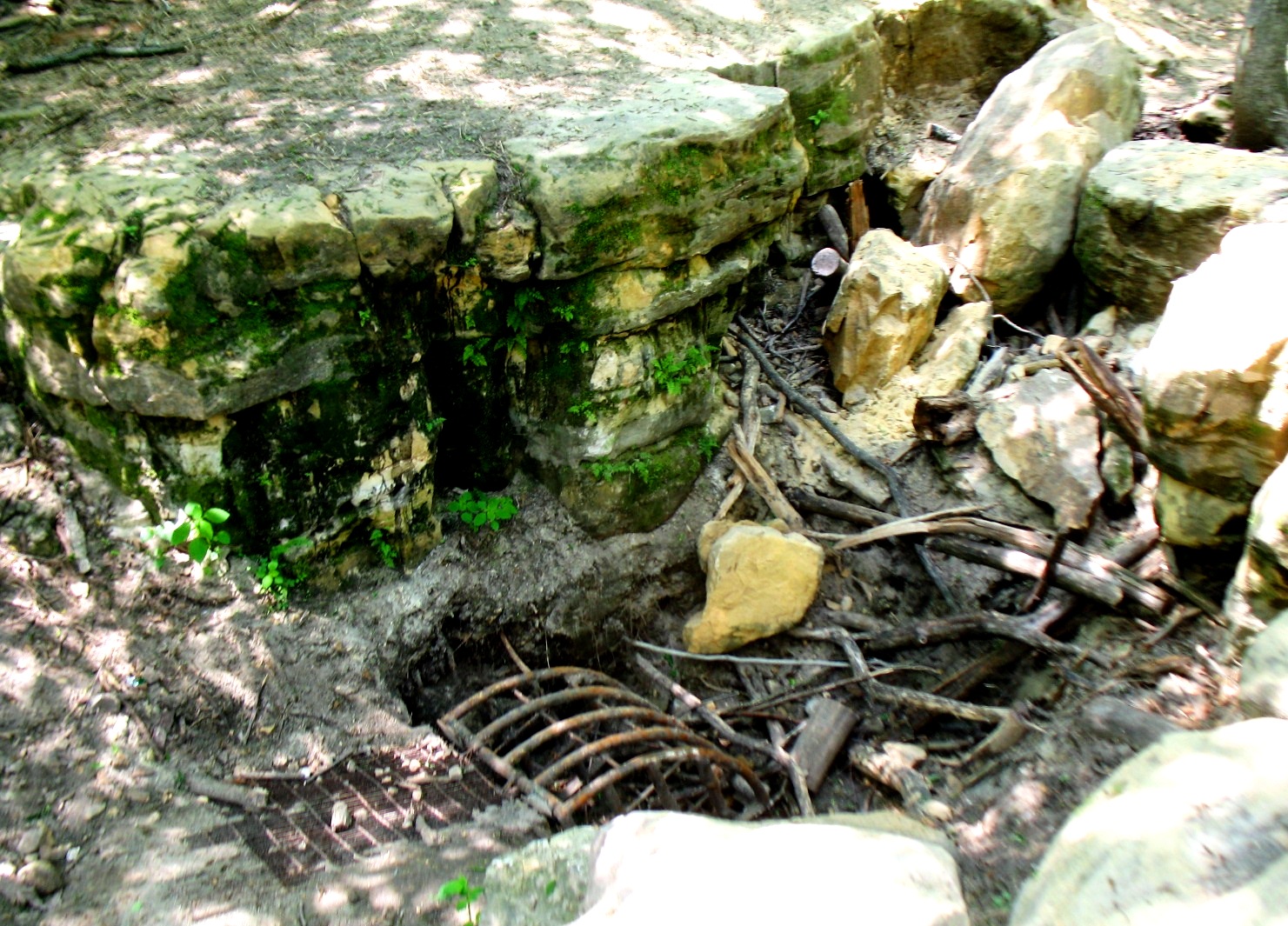 City Engineering and Parks staff are currently working with expert volunteers rallied by the Dudgeon-Monroe neighborhood association’s Park Committee who have been steward advocates for the park’s historic restoration for the past 12 years and Friends of Lake Wingra’s leadership. The engineering solutions must comply with historic preservation criteria due to the park’s City Landmark status. A landscape architectural expert in historic preservation is part of the team working with the City Preservation Planner to advise on this process. 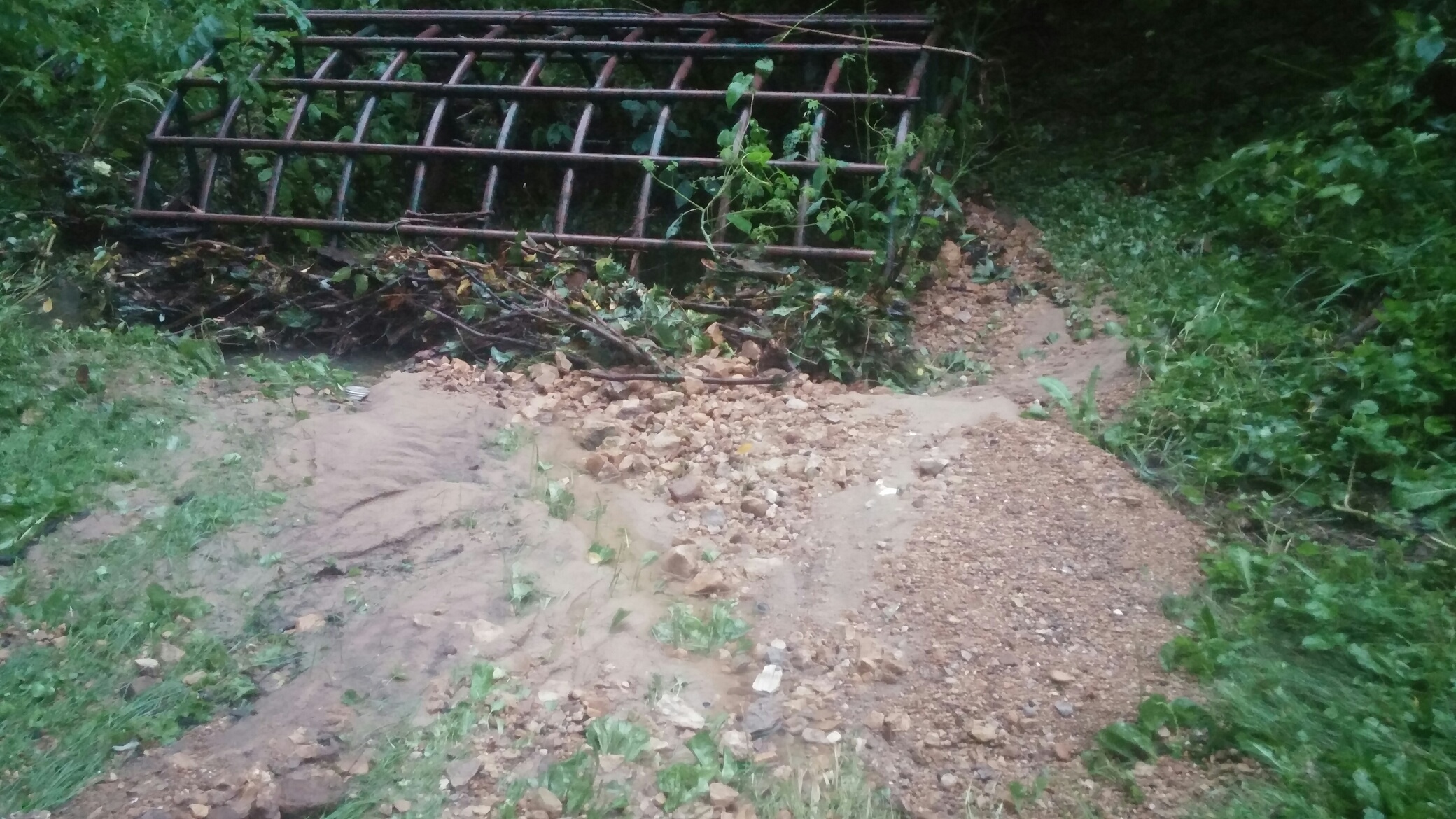 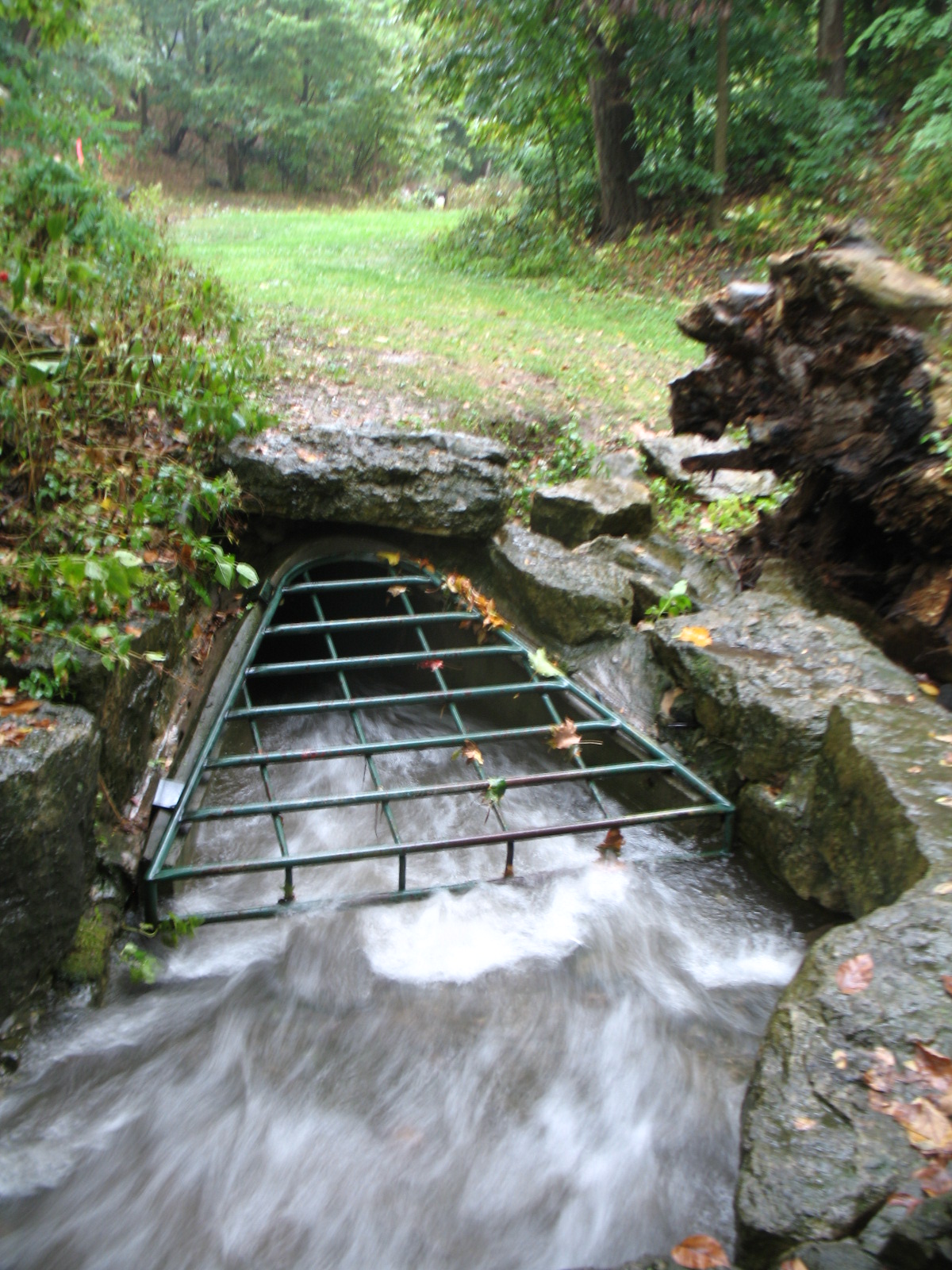 If you have further interest: